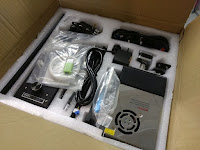 I've been having some issues with my old RepRapPro Ormerod 2 3D printer, lots of it because I've run it hard and it's ageing badly.

Various chassis parts have cracked and needed replacing and a while back I had to replace the Duet3D controller board when the MOSFET for the heated bed burned out.

So on a whim a got a second printer 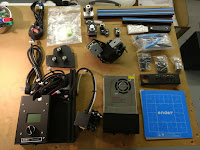 This Creality Ender 2 is an astonishingly cheap FDM 3D printer that a whole bunch of people have been picking up recently. You can get one for ~£100 which is amazing given they turn out good quality prints. 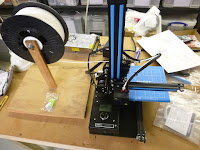 Overall design is similar to my Ormerod with a single upright, making for a very compact printer. The only cheesy bit is the PSU which is one of those generic silver box ones and the safety cover is functional but naff.

Annoyingly, it proved to be DOA as the PSU trips out as soon as the hot end starts to heat. It's a drop-ship direct from China and I have asked for a replacement PSU rather than try and get the whole thing replaced.
Posted: Thursday, May 23, 2019