It's my party and I'll solder if I want to 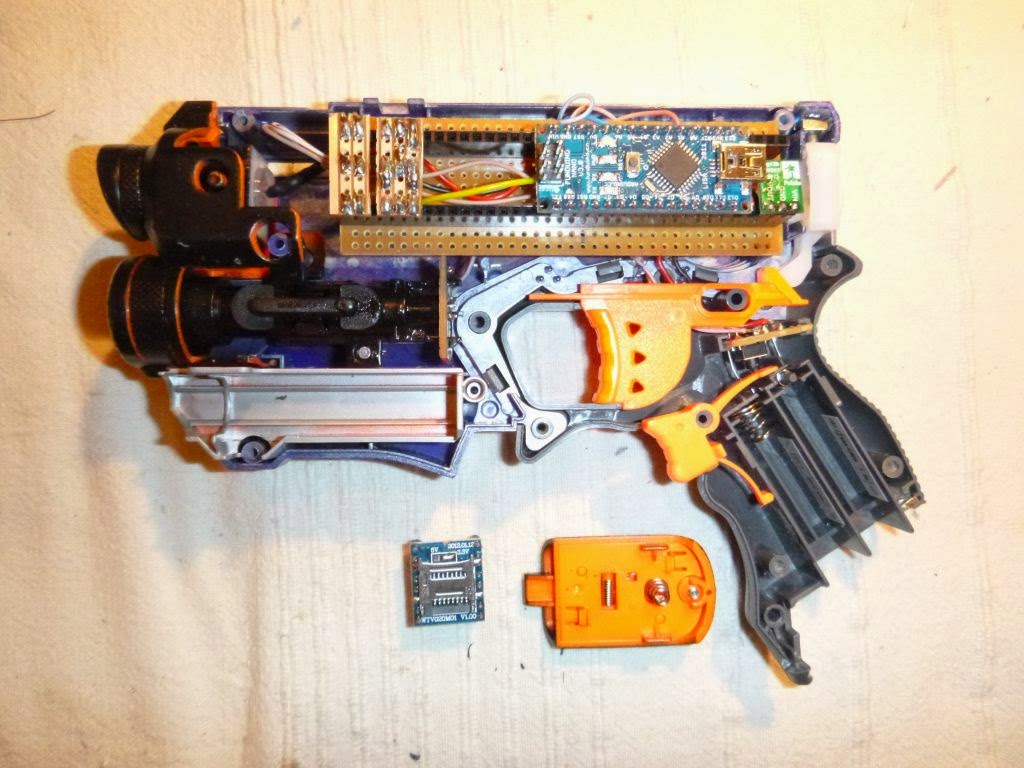 Today's my birthday and I didn't have anything planned so I had a soldering party instead.

I love this stuff so frankly spending a night in messing about doing this accompanied by a pizza and a couple of beers is a pretty good evening in my book.

The end result is my first ever Lasertag gun board.  I imagine it's blooming enormous compared to the PIC based ones as I've got an Arduino in there and it's all socketed up on 0.1" headers. This is deliberately done so I can mess about with it and use it as a bit of a testbed. It's been made so it nicely fills the empty space in the middle of the gun.

For power in the end I used a tiny little step-up switched mode voltage converter. Easier than messing around with funny Li-ion batteries or trying to squeeze five AAAs in there, but obviously it's not going to have brilliant battery life.

I've got the trigger and reload switches wired up, a muzzle flash working and a space for the sound board, which I'll fit another evening. It's the same WTV020SD module I've used in a couple of other projects so I'm sure it'll work OK.

Right now sadly this goes through the motions but doesn't cause Lasertag hits. It's probably just a stupid wiring error as I've used the code that's worked fine in testing and I'll debug this tomorrow night.
Posted: Wednesday, August 20, 2014