Scribe in a box 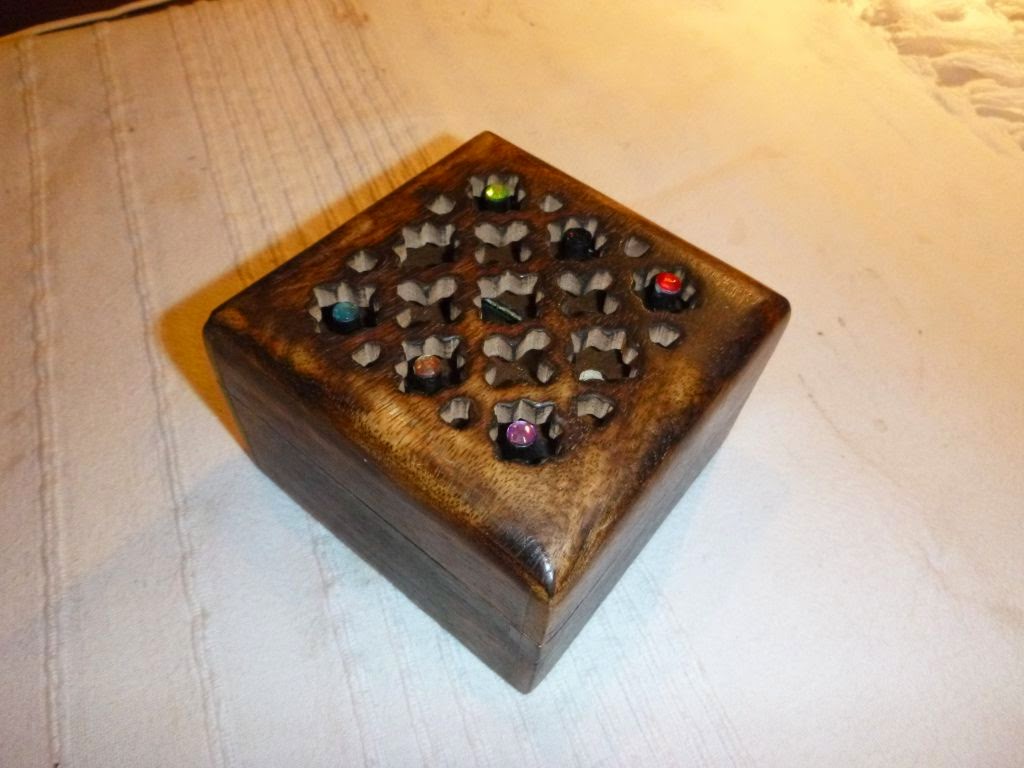 Digging out a bit of an oldie here, I got reminded of it as I was copying files off.

This is the 'Scribe in a box'. I play in a fantasy LARP and there's a bit of politics and the occasional episode of NPC plot exposition. Just like meetings in real life, things get forgotten if you don't take minutes.

Nobody really wants to do this and my partner found herself spending time frantically scribbling stuff down rather than enjoying herself. This was my solution.

It's a cheapo digital audio recorder from eBay, chopped around and stuck into an in character looking box. I extended the controls by carefully soldering wires to the little circuit board where the nasty metal diaphragm buttons were. I connected these up to proper switches and put coloured rhinestones on top so you could tell what they do. Likewise I fitted a decent battery holder and the AAs in there will run it for ages.

If you peer into the perforated top you can just read the original LCD display but in practice it's red button to record, green to play and when it's running you can see the little red light glowing.

This has proved very useful and is a fixture at our games now, with the recordings getting written up after the event. The only thing that is fiddly is that to get the recordings off I have to tease it apart and slide a USB cable into a socket hidden in the rat's nest of fragile switch wiring. The temptation to fix this is tempered by a worry about spoiling the look of the thing as it's really quite a nice little wooden box.
Posted: Friday, August 29, 2014