Another piece of making for College of Wizardry. I was asked if I could make some badges from the logo on the IC website.

This neatly demonstrates how good a 3D printer is for 'rapid prototyping' even with a simple thing like this. 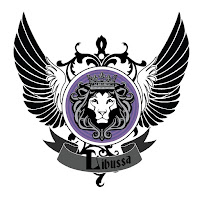 The first step was to take the source logo and put some spacing between the various element with a bitmap editor. This was so they would come out as separate objects once traced.

Then I used Inkscape to trace it into a series of paths. There are several ways to do it but I got the best results from choosing to trace on two different levels of brightness then selected the resulting objects one by one and tidied up/removed them manually.

Do not underestimate how long this takes, I spent something like four hours doing this. Then I turned this into an OpenScad file using an export filter I found on Thingiverse.

With an OpenScad file I was then free to hack the design around, altering which bits got printed or not, relative heights and so on. This is where the fast prototyping came in, as I could print it quickly and have a look at the result as a physical object. Although with hand editing of the OpenScad file it was still a slow process.

Eventually we settled on just the lion's head part of the logo and played with the size a bit.

Even with a decent looking design, it was still always going to look a bit plastic, but a quick dab of coloured varnish sorted them out. I wiped it off the highlights to create some basic shading and bring through the base colour. Then it was a case of sticking badge pins on the back of each one with hot glue and they're done.

The design process took a while but then I could batch produce them easily. So we ended up with one each for most of one of the player factions, limited only by running out of filament after one of the print runs went bad. Which still happens very occasionally, my 3D printer is definitely an enthusiast/hobby device rather than a consumer item.
Posted: Sunday, March 19, 2017