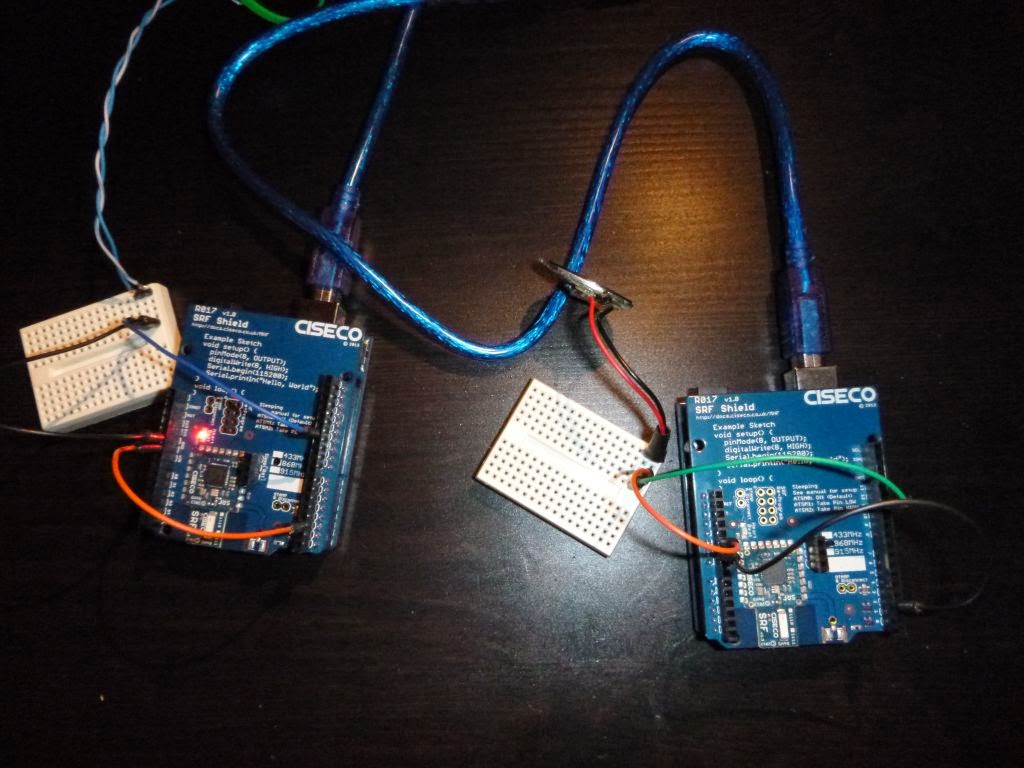 A very long time ago, my first ever Arduino project was Spookytron, which in a fairly dumb way played spooky noises for use in LARPs.

PIRs detected motion and it played sound somewhere else. If you walked towards the sound it stopped.

Very simple stuff but it was my first project and it was surprisingly effective.

The big problem is it was housed in one central box and had speakers on the end of very long cables. For convenience I used CAT5 cable as it's something that's easy to buy pre-terminated and I had a load anyway.

It got used twice but the need to lay massively long cables round a wood got tiresome very quickly. As soon as it got used people said, 'can you do a wireless version'.

When I saw Ciseco's SRF radio technology it was obvious this was a good use for it. I've been busy with other things, but now I'm having a first stab at it.

Here we have a very simple mesh of two nodes. Mesh discovery isn't in place yet and it's got one sound PCM encoded into the sketch but if you trigger one device, the other plays the sound. I've used Ciseco's LLAP protocol for this which is trivially easy to work with, it's just fixed length serial human readable messages with a two character address field.

The plan is to do this with some RFu328s which will be much smaller but right now I'm prototyping it with a couple of Unos and the shields from the Kickstarter.

The LLAP library Ciseco released needs a ton of work, so I'll hunt the Internet to see if anybody has done a better one. I seem to remember spotting one a while back.
Posted: Sunday, December 14, 2014