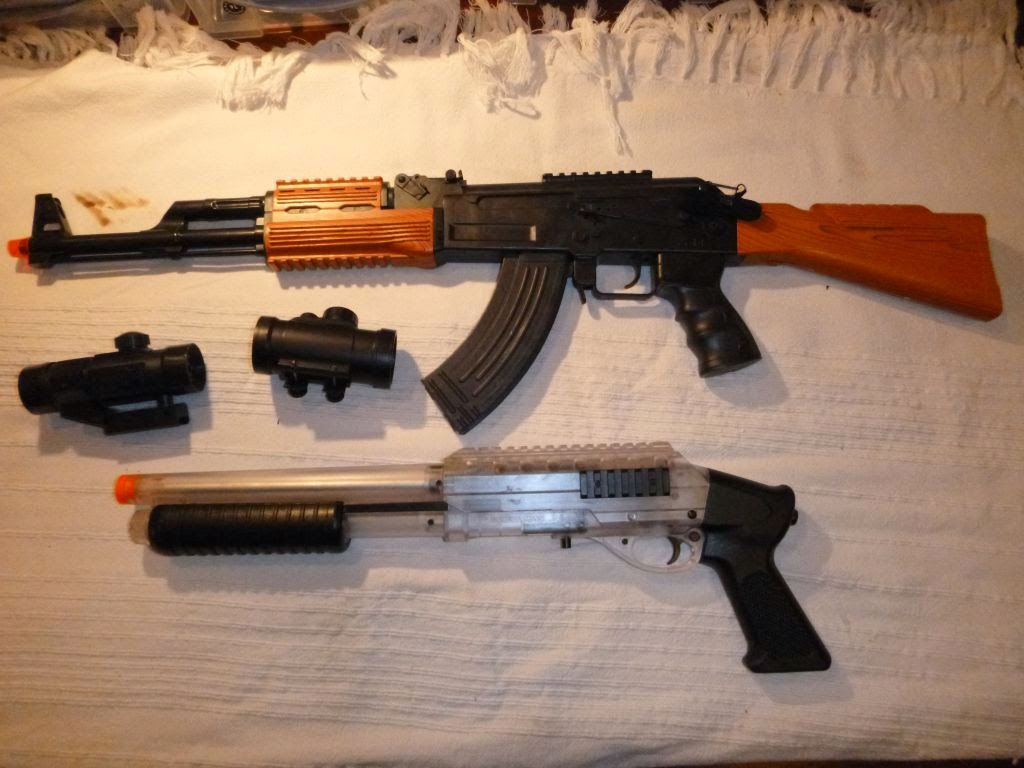 For Lasertag next year I want an assortment of guns to choose from. For our first couple of years we've been making do with just some pistols. Having made the Skorpion machine pistol, I'm moving on to these two.

The Mossberg body is a cheap Airsoft springer which is nice and solid but light. It fits nicely in my partner's hands so I can see her using it a bit.

The AK47 is a cheap kid's toy which I bought after one of the other taggers bought the first one and deemed it good for converting. It's almost full size apart from the stock and comes with a passable sound/light board that I might try to re-use to keep the build super-easy and cheap.

The AK will definitely be a quick and dirty conversion so will only look good from a distance but I want it to NPC the Fallout game we're doing in the summer. Bashing it about and grunging it up a bit should make it look the part.

Once I've done these two I may splash real money on a good metal rifle body as I'll have some gun building under my belt and hopefully have learned some of the pitfalls.
Posted: Saturday, November 22, 2014