...with frickin' laser beams aimed at their heads! 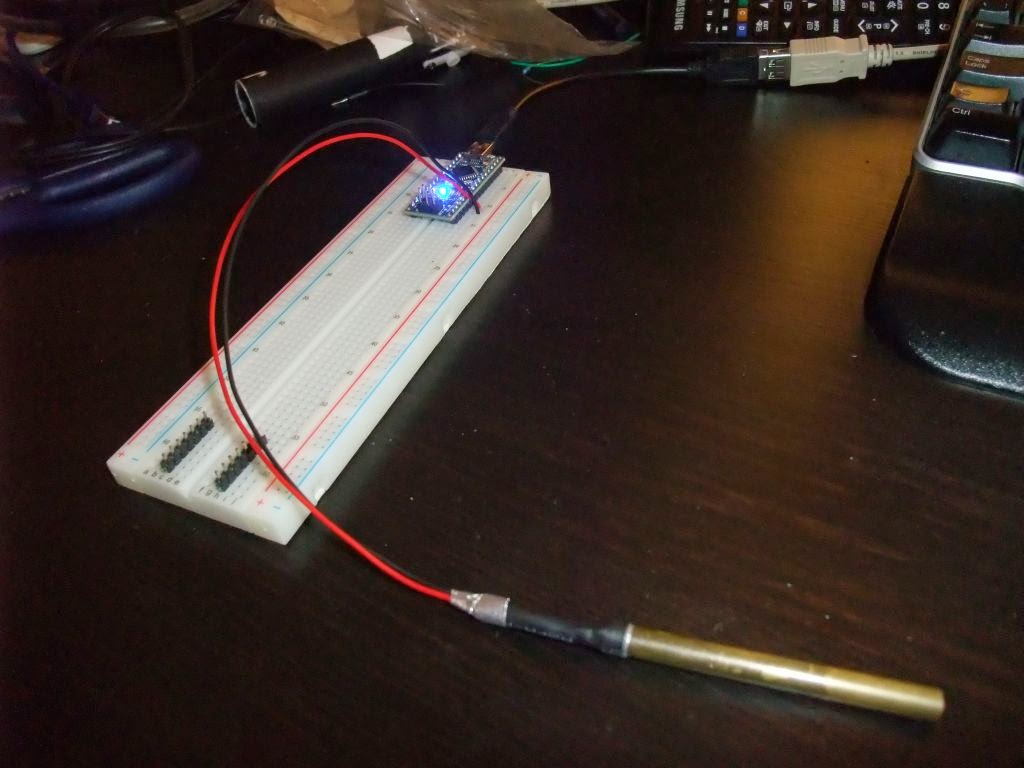 I do a reasonable amount of LARP with the UKLTA who use lasertag as their combat resolution system. It's not dissimilar to Airsoft at first glance except there's no physical hit so you don't have to worry about eye protection and you have to wear a sensor, by convention on the head. It does however have some real advantages as a LARP combat system.

The particular variant they use started out as a toy product in the mid 80s which they adapted for adults and through the hard work of their members have kept alive long after the effective death of the original brand. The 'laser' in the name is a misnomer as it uses normal infra-red light and the guns are essentially similar to IR remote controls. Souped up turbo-charged remote controls.

For some time the UKLTA have had to build their own guns and sensors. A lot of the guns are actually converted from other things like Airsoft or Nerf although there are plenty of scratch built ones around. There's a real 'cottage industry' in the hobby and at events people end up cooing over each other's latest builds.

Over time the capability to send small amounts of data has been developed and nowadays the system can handle different effects from weapons and on the sensors. This includes things like armour, regeneration, healing effects, variable damage, 'stun', ongoing fire or radiation damage etc. The sort of things that make it work well for LARP of the modern or sci-fi variety. Very recently in a game we had a 'techno mage' with a fancy staff that did various effects.

With modern IR emitters being very powerful and microcontrollers small and cheap, you've got a solid combat resolution system where the guns can have ranges in the hundreds of metres and the sensor keeps track of everything for you automatically. The thing it can't really handle is melee or hand to hand combat but people have experimented with making short range 'tasers'.

I have for a while wanted to get involved in making a prop that interacts with this system and one of the people behind a lot of the developments, Phil Higgins, gave me some Arduino code that would generate a simple lasertag shot.

Last night I uploaded this on one of my spare Nanos and connected up an IR emitter fitted into a piece of brass tube I had kicking around left over from the Enigma build to make it more directional. Proper tag guns have carefully set up lens & emitter assemblies but an unlensed one is good enough for use indoors or short range outdoors.

I'm now working on integrating this into a fun prop and will try making my own gun over the winter. If I'm feeling saucy I'll use an Arduino inside and build it from scratch rather than use one of Phil's boards, mostly as a bit of fun.
Posted: Wednesday, June 25, 2014